Merseyside Animal Rights call for an end to the practice of keeping wild animals in captivity. Whether in zoos, circuses, aquaria or as exotic pets, they are kept in unsuitable conditions which are always detrimental to their well-being and happiness. We have the choice to show our respect for animals by letting them live a natural life, rather than contributing to an institution that breeds them for a life in captivity.

(With thanks to Freedom for Animals for images) 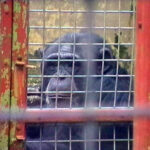 Tens of thousands of animals are held captive and exploited in zoos in the UK alone. Many of these animals are captured from the wild: 70% of elephants in European zoos and 79% of all animals in UK aquariums were caught in the wild. 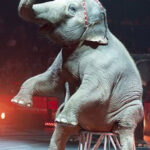 Circus animals suffer and are exploited in the name of entertainment. They are forced to perform unnatural tricks. Animals do not perform these tricks through choice – they perform them from fear, being made to endure cruel training methods. 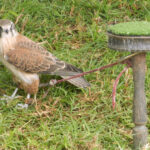 Captive birds are used for handling, encounters, interaction and as photographic props – common species used are parrots, toucans, owls and birds of prey such as falcons. 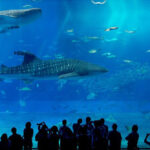 The vast majority of the fish, crabs, sharks, octopuses and other animals you see in aquariums in the UK will have been stolen from the wild, from their natural homes. 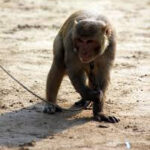 Many wild animals are kept captive in private homes as pets. They often live in inhumane conditions. Wild animals, whether they are caught from the wild or born in captivity, have complex needs that cannot be met in a domestic environment.