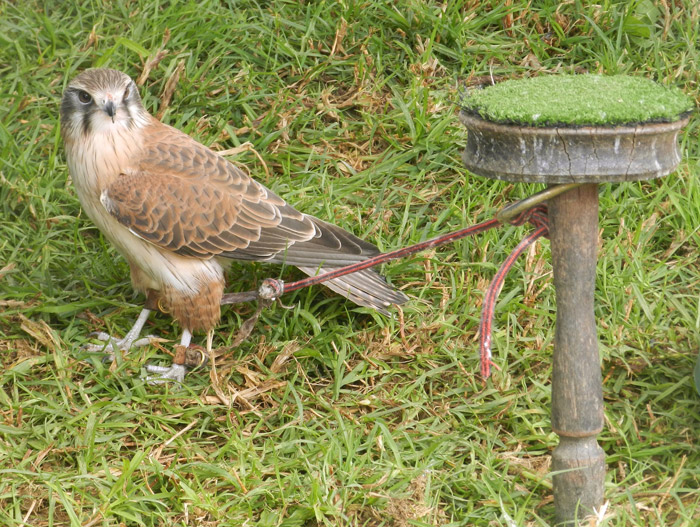 (Image from Freedom for Animals)

Captive birds are used for handling, encounters, interaction and as photographic props – common species used are parrots, toucans, owls and birds of prey such as falcons. Birds used in this way are not kept in conditions best suited to their welfare and needs. Many captive birds are particularly prone to stress and may develop abnormal behaviours such as feather-plucking. Falconry displays give an illusion of freedom, which is far from the reality. Birds may be kept hungry to ensure they return to their handler. Frequently, they are tethered around one leg, equivalent to shackling in humans – a barbaric and outdated practice, and when not in use, they may be tied to a bow (an arched perch) or confined to small, restricted areas. Birds may have their wings clipped or may be pinioned (the surgical removal of the end joint of the wing) to prevent flight.

We are offered numerous ways to interact with animals for our amusement – touching, holding, feeding, riding, having a photograph with, or swimming with captive wild animals. Repeated handling and interaction activities often involve huge crowds of people and high levels of noise, with animals passed from person to person throughout the day, every day. The inability to fly, along with the close proximity to humans and loud noises, can be extremely distressing for the birds involved. Agitated birds may cause injury to both themselves and humans. Many birds of prey would naturally migrate, flying for miles a day. This basic instinct is being denied all in the name of entertainment.